In the v0.4.0 release we added support for mining using the Kawpow algorithm. This was highly requested from users of older hardware, as Ethash requires over 4GB VRAM. 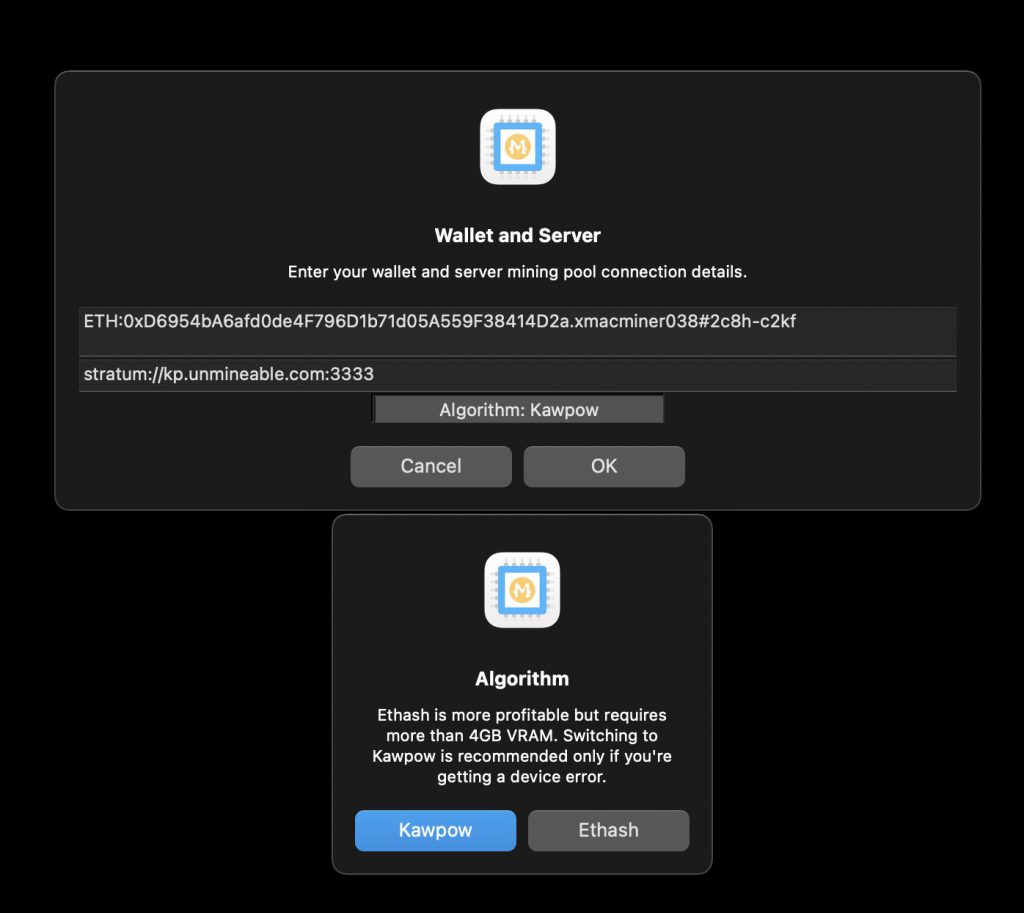 You can switch algorithms using the Algorithm button in the Wallet and Server settings screen. Note make sure you connect to the right pool when doing so, for example unmineable requires you to connect to kp.unmineable.com when mining using Kawpow, instead of the usual ethash.unmineable.com.

Regarding performance, Kawpow is a beast of an algorithm, in development I’ve seen it eat over 25W of GPU power on our test M1 Max system – note the Ethash only eats under 12W on Maximum power. So there is room for improvement in both directions, making Kawpow more efficient and making Ethash more power hungry, but that will be a pursed once it’s deemed stable.

Regarding performance of the release, we’ve limited power use to fit between 3W and 16W GPU power on the M1X, to not overwhelm our test system, mining between 0.5Mh to 2Mh. 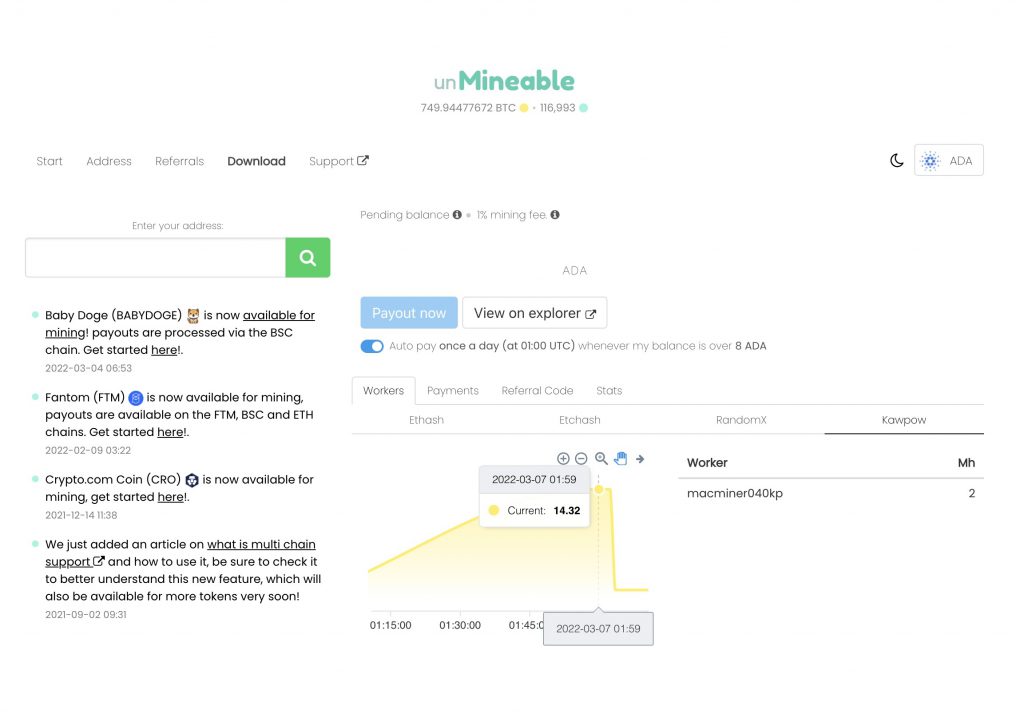 Note this is a first release of the Kawpow algorithm, so expect bugs and check back for updates, but please do let me know how it goes on your systems to help solidify the code.

In the next release we’ll be adding support for Android, stay tuned.