Mining on Android is discouraged by Apple. Use this software at your own risk.

By default when downloading the app, Chrome may alert you that the file may be dangerous. This is because the zip contains an app which is new to Google. To continue, click on the arrow to the right of the download and select keep.

macOS also will complain that Apple can’t check if the software is malicious as the app wasn’t downloading directly from the App Store. 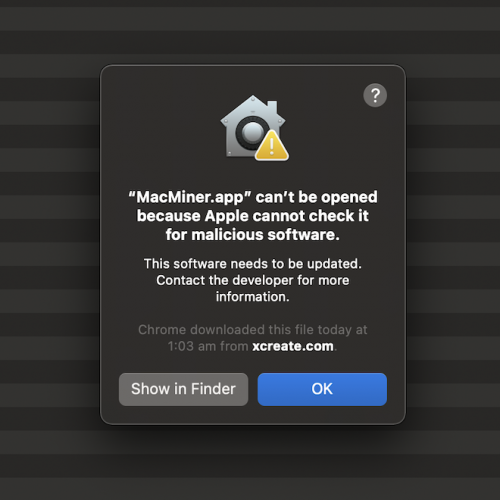 To get around this restriction, you need to right click on the app file and select open. 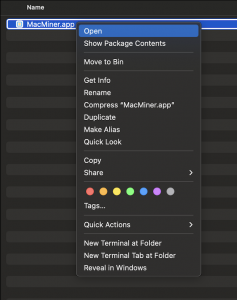 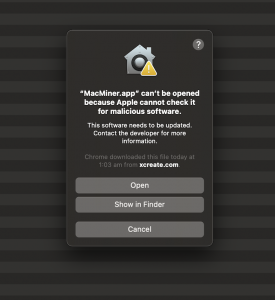 The application will launch into the macOS menu bar at the top. From there you can start mining and customise the settings including the mining wallet and server. 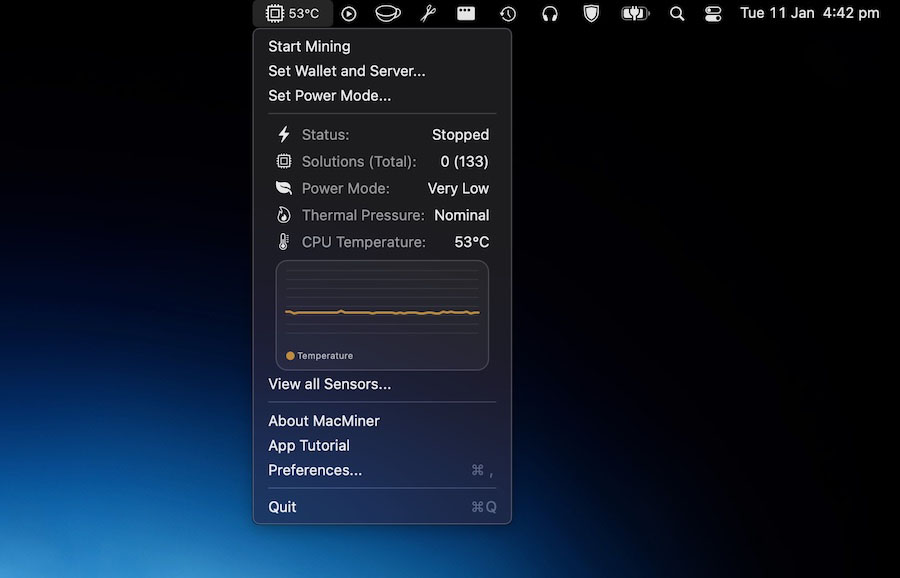 For example if you wanted to mine SHIBA INU, you could consider visiting Unmineable’s SHIB pool.

There you’re given instructions on how to join their server.

Theses details can be inputted on the 2nd section of the wallet and server menu. 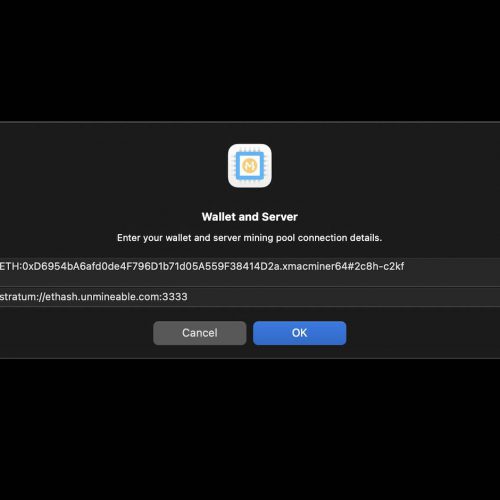 Note: the server “kp.unmineable.com:3333” has been prefixed with “stratum://”, which is the typical connection type to a mining server. Think of it as http is for websites and stratum is for mining pools.

Next you need a place to store your mined coins, this is what’s referred to as a wallet. A wallet is generated from a private key and a public key, the private key is a long random set of characters which is used to generate your public key (another long set of characters) and to sign any transactions going out of the wallet.

The safest form of wallets are hardware wallets, which are offline computers which store the private key that interact with another online connected device used to store the public information only, this makes it harder for hackers to get to your private key as your device is offline.

Note: While private keys are almost impossible to correctly generate from a public key, it’s not for sophisticated attackers. So if you’re storing large amounts in your wallet, you should consider cyber insurance.

Another form of wallet could be from large crypto exchanges such as Kraken, while this exchange in particular does not provide insurance for the coins stored on your account they are known to be one of the safest online. That being said, hacking still occurs, always keep your 2 factor auth devices safe. The advantages of storing your coins on an exchange is that if you require to trade your coins for currency, you can do that without paying transfer fees between wallets.

You can also run a wallet on your computer, a popular wallet to use is Atomic Wallet which has a macOS application. The advantages here is that it’s quick and easy to setup, but you need to keep on top of your computer’s security.

The worst form of wallet to use is web based wallets that come in the form of a Chrome extension or plugin such as Metamask. These wallets while quick and easy to connect to meme coins are rife with hackers.

Once you’ve generated your wallet address, usually by going into the funding > receive section, you can input the address on the wallet and server menu.

Note: You should input the wallet in the form the mining server requires it, so continuing the case of using unmineable, they require the following format.

Kawpow is the preferred algorithm selected by default, and requires hardware with over 3GB VRAM. For legacy testing you can consider switching to Ethash, but it required over 4GB VRAM.

Note, you must also connect to the appropriate pool, for example unmineable requires you to prefix the mining server with ethash instead of kp.

Mining loves using as much power as possible, in our application however we have put in measures to reduce the maximum GPU usage, but using this application and especially increasing the default mining power is at your own risk.

Apple have banned mining applications from their App stores for various reasons including adding additional wear and tear to your computers and stopping the use of background mining in applications served on their store.

In the app you get to control how much resources you’re willing to give to mining.

In our tests in v0.3.9 on a M1X using Ethash (deprecated) we found the following.

One interesting note is that the M1X GPU can actually draw over 25W of power, but the algorithm in its current state is limited to 11W due to performance bottlenecks. So be sure to check back for updates. 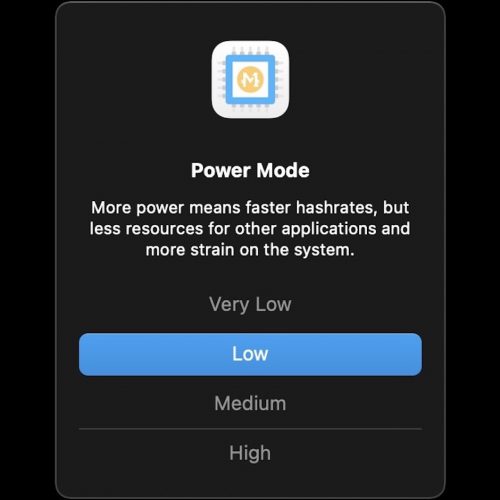 Under the default settings the usage is set to very low to reduce the strain mining has on your computer.

You can set the application to autostart mining in the preferences menu. When mining initially starts it has to generate a graph from the server’s reference epoch, in our tests in v0.1 on a M1X we found that this can vary between 20-60 seconds depending on the power mode. After the graph is generated, the server hands out jobs to your miner and your miner works on hashing through the workload. When your miner correctly guesses the right hash for the job, this is known as a solution and it is passed on to the server for final verification. Once a solution is found mining pools generally share the value of the solution among everyone who is mining depending on how much work they’ve put in, so while getting solutions is great, everyone participating is also rewarded. Welcome to the twenties.

Before mining for your particular wallet and server, when you start mining, the app will try to mine for the developer for 5 minutes, this is known as a dev fee. You can skip this step at no cost by clicking the skip button.

Need more help
get in touch